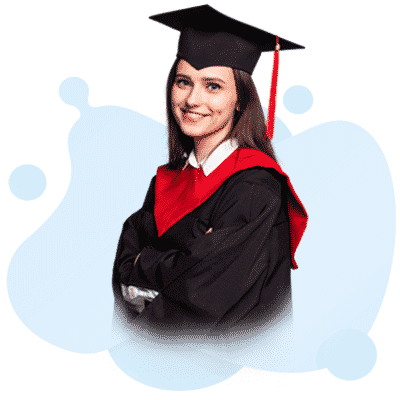 This GED Practice Test is designed to prepare you for the new GED® Test, which rolled out nationwide at the start of 2015. Designed to be more rigorous and advanced, it operates as both a high school equivalency benchmark and a springboard into furthering your education. Rather than being broken into five parts as the previous version was, the latest incarnation consists of four parts, which you will also find within our free GED Practice Test here at 4Tests. They are:

All tests are now computer-based and more challenging than previous versions, so it’s only natural that our GED Practice Test would follow suit. In its official version, the test will be about 7.25 hours long with timing spaced out as follows:

The GED® Test will have a passing score of 150 for each subject. To pass, students will need to reach a score of at least 150 on each section and achieve a total score of 600 or higher. One may also earn an “Honors” score if receiving a score of 170 or higher on any subject.

Now that you know the basics of what to expect, it’s time to drill down even further into the heart of the test, so you will know which materials to study section-by-section. While you could skip ahead and jump right into your first free try at the GED Practice Test, we recommend pausing a moment to get your bearings so that you can make the most out of each attempt.

Section one will cover mathematical reasoning and consist of around 40 questions dealing with more than 60 skills. The two primary foundations will be quantitative (45 percent) and algebraic problem-solving (55 percent). Problems will require procedural knowledge and fluency.

Furthermore, most test-takers in this section struggle to locate points in a coordinate plane; determine slope of a line in a graph, equation or table; and graph two-variable linear equations.

Other missing skill sets for mathematical reasoning include:

While the free GED Practice Test included here at 4Tests will deal with many of these areas, we do recommend that you study from a variety of sources in planning for the big test date.

The GED Reasoning Through Language Arts Test focuses on both reading and writing skills through a variety of texts, both fiction and nonfiction.

The Language Arts Reading Test reflects an appreciation for the diversity of GED candidates. Diverse ages, multicultural and ethnic backgrounds, gender, socioeconomic groups, and regional differences are considered when reading passages are selected.

The reading passages are drawn from both literary and nonfiction writings. Students must use higher-order thinking skills in order to successfully respond to the questions: comprehension, application, analysis, and synthesis. In some questions, students will be asked to demonstrate that they understand literary uses of language and literary themes.

On the Writing portion, the multiple-choice items prompt candidates to make revisions and edits like the ones people make in everyday writing. The passages are drawn from informational and how-to texts, as well as workplace and community documents.

There are three question formats in Part I: correction, revision, and construction shift.

According to the GED, the skills most test-takers lack include the ability to understand specific details and main ideas in a written source; to determine which details support a main idea; to identify a theme or element of a written source that supports a theme; to analyze relationships within written sources; and to identify proper grammar and spelling.

Within the two combined sections that comprise our GED Practice Test version of Reasoning Through Language Arts, there are a total of 47 multiple-choice questions. The actual GED will also feature an essay portion.

The Science portion of the exam deals with skills, such as science as inquiry, or the methods and processes used to “do” science which focus on the scientific method; the interaction of scientific inquiry with technology and tools; the relationship of science to social issues; the history and nature of science; and the overarching topics in science such as systems or change.

Most commonly missed skill sets per GED’s official testing company include the following:

This GED Practice Test version of the Science section consists of 30 multiple-choice questions.

In the final section of the GED Practice Test, students will be asked to show that they can understand and apply social studies information and concepts in national and global contexts.

The three skill sets most missing from the average test-taker, per the official GED Test, include the ability to determine the clearly stated details in primary and secondary sources, and use this information to make logical inferences or valid claims at a limited and/or inconsistent level; to describe people, places, environments, processes and events and the connections between them; and the ability to analyze cause-and-effect relationships including those with multiple factors.

How to Study for the GED

Again, while our free GED Practice Test will give you the opportunity to get familiar with the materials, you should not count solely on it to achieve a high score. After all you are essentially condensing 12 years of information into a single test, and that’s tough to do without the one-on-one training that traditional graduates receive from their teachers.

If you really want to prepare, we suggest looking into some GED training classes in your area — particularly through adult education centers — and perhaps hiring a tutor.

Many teachers are open to tutoring students with a desire to get their GED, and may even offer free courses themselves through their school district. Community colleges and universities may also participate in such offerings.

As far as best practices go, here are a few you should follow when studying independently:

Find the right location.You can’t study effectively in front of a television or when corralling a rambunctious child. Make sure the family understands what you have to do; then retreat to a quiet area of your home/apartment or go to a coffee shop and wear headphones to drown out the noise. Once your location is set…

Set a timer.Many test-takers make the mistake of “studying for hours” when their attention span starts to wane after 30 minutes. This is a mistake because it can fool you into thinking that you’re being productive when you’re not. To get the most out of the study materials, we recommend working in small chunks of highly focused time. Try 30 minutes; then get up and move around for five before resuming for another 30. If you’re starting to zone out before the timer goes off, try reducing the time to 25 or 20.

Treat it as a marathon, not a sprint.Once you know your deadline for the GED, count the days that you have between now and then and give yourself plenty of time to focus on the sections that are giving you the most trouble. By doing a little at a time each night, you can fill in the gaps of your knowledge quicker than you think.

Finally, make practice perfect.Try taking our GED Practice Test often especially as you move closer to the big date. When you do so, recreate the conditions of the actual exam so you have a feel for the environment. By making your practice efforts “perfect,” you will better manage the stress of the actual date.

Good luck on our GED Practice Test and on the big day. We wish you a perfect score!