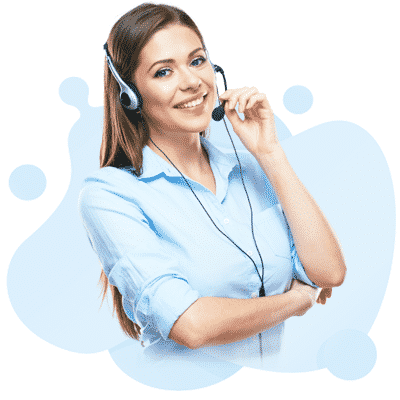 (The length of the test varies based on the test.) The test can be taken over the phone or on a computer, and it is graded using pre-programmed data-driven algorithms. During the test, the system plays a sequence of recorded questions at a conversational tempo, prompting the test-taker to respond orally.

The Versant tests are available as several products:

Versant tests typically have six tasks and these are:

Taking a test can be a nerve-wracking experience. If you’re getting ready to take a Versant test, there are a variety of materials available to assist you to learn about the test style and question types.

Download the official test guide to learn more about your test

Look for a free demo or take a Versant test online practice.

Sign up for a free Exclusive Tips webinar to receive test-taking advice from the experts.

Versant tests can be performed on a computer or over the phone. Test takers can access and complete the tests from anywhere with a landline or an internet connection. Test takers are given a Test Identification Number and are instructed to listen to a recorded examiner’s voice, which is also written verbatim on the test paper or computer screen.

Test takers listen to recorded item prompts read by a range of native speakers throughout the test. Large numbers of tests can be administered and scored quickly because the test is automated.

Within minutes of completing the test, Versant posts the results online. By inputting their Test Identification Number on the Versant website, test administrators and test takers can view and print their Versant test results. Sentence Mastery (i.e., grammar), Vocabulary, Fluency, and Pronunciation are the four diagnostic subscores included in the Versant test score report.

On a scale of 20 to 80, the overall score and subscores are reported. A large number of speech samples from native and non-native speakers are used to optimize the automated scoring method. To obtain a sufficient number of such speech samples, extensive data collecting is usually carried out. Following that, the spoken responses are transcribed in order to train an automatic speech recognition system.

The voice recognizer, which has been designed for non-native speakers, automatically processes each incoming response. The recorded signal contains the words, pauses, syllables, and phone numbers. The existence or absence of expected proper words in expected sequences, as well as the tempo, fluency, and pronunciation of those words in phrases and sentences, are used to grade the content of the response. Based on statistical models of native and non-native speakers, base measurements are then produced from segments, syllables, and words.

How to get Versant tin number?

Each test has a unique test identification number (TIN) in the upper right corner of the test sheet. Once you find it, go to the test results search page, fill in the fields provided, and select Get Score. If you have a ScoreKeeper account, you can log in to see your score.

How is the Versant test evaluated?

It evaluates a candidate’s ability to speak effectively in English using exercises that focus on fluency, pronunciation, vocabulary, and sentence mastery.

How to clear Versant round?

The simplest technique to clear the versant round is to speak continuously without pausing.

How to pass versant?

How to practice the Versant test?

Watching American TV shows, talking to friends in English, and listening to English podcasts are great ways to practice.

Is the Versant test mandatory in Deloitte?

This is one of Deloitte’s compulsory selection rounds.

Versant test results will be posted online within minutes of completing the test. Test administrators and test takers can view and print test results by entering the test identification number on the Versant website.

How to crack Versant written test?

If you take the appropriate strategy, passing Deloitte’s versant test will not be tough. The test is administered by an interactive voice response system, and you must listen to the questions and respond appropriately online.

What is the Versant test in Deloitte?

Deloitte Versant is a computer-based automated language speaking test. You will only be eligible for this test if you have passed the first round of the Deloitte interview process, which is the written round.

How to pass the Versant exam in the call center?

The main requirements for passing a call center leveling test are to work on self-assessment skills, cognitive skills, and work-related skills. The professional practice of call center evaluation can greatly help improve the skills and abilities required for a call center position.

How to take the Versant test?

Tests can be completed on a computer or a smartphone.

How to use Versant app?

With the Versant test app, you may take Versant language tests whenever and anywhere you like. This app is a test gateway that only works on Android phones and is used to deliver Versant tests. The app does not include any tests or Test Identification Numbers (TINs).

The Versant test app generates the same accurate results as our previous delivery methods, with the added benefit of being accessible on your smartphone. Tests can be taken either online or offline, with offline testing being encouraged to avoid distracting messages. At the conclusion of an exam, the app displays test scores and statuses.

What does Versant mean?

What is a good Versant score?

The test’s Overall Score measures your ability to understand spoken English and communicate it fluently at a native-like conversational tempo on daily topics. A weighted combination of four diagnostic subscores is used to calculate the final score. Scores vary from 20 to 80.

What is the Pearson Versant test?

The Pearson English Test is a study abroad and immigration test.

What is Versant round?

Deloitte Versant is essentially a computer-based automated language test and you can only participate in this test if you successfully complete the first round, or Deloitte’s writing round.

What is the Versant test?

The Versant Test is a voice (IVR) and language test designed to assess a candidate’s English communication skills and vocabulary. This test lasts 15 minutes and also depends on the speed of the candidate.

What is the Versant writing test?

The Versant writing test takes about 35 minutes. You need to have the Computer Delivered Testing (CDT) software installed and access to an internet-connected computer that has speakers or headphones connected to your computer.

How to pass the Versant English test?
What is a written Versant test?

The Versant Writing Test assesses a candidate’s ability to write effectively. The candidates are examined on their grammar, vocabulary, organization, register, and ability to read appropriate texts for roughly 35 minutes.