Who wrote the Declaration of Independence? 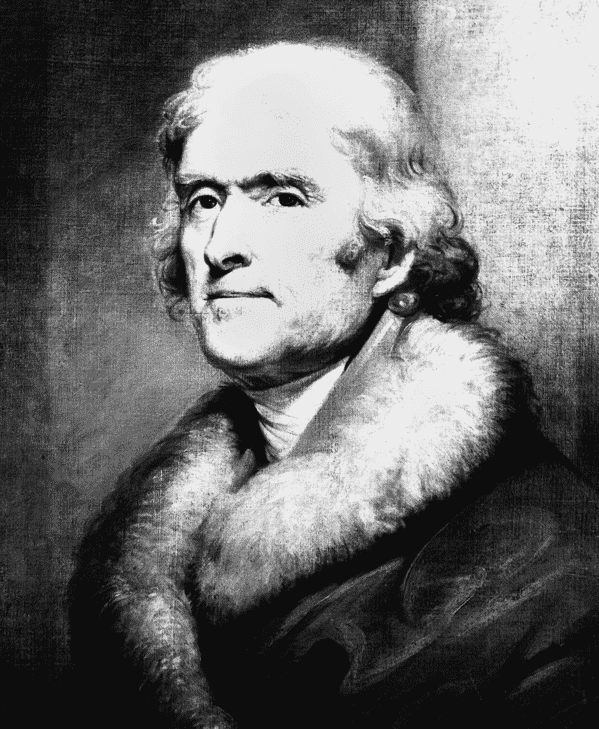 What are two ways that Americans can participate in their democracy?

Democracy only works when people are active in the government. Voting is one of the best ways for citizens to participate in their democracy. But it is not the only way. We can also call or write letters to government representatives. We can ask questions about the government or share our opinion. We can join a civic group, a community group, or help with an election campaign. We can write a letter to a newspaper. Sometimes the newspaper will print the letter for everyone to read. Or, we can choose to run for office.

What group of people was taken to America and sold as slaves?

Millions of Africans were taken to America and sold as slaves. For hundreds of years, slave owners treated slaves as property. Slaves had no rights. People in the United States did not agree about slavery. This was a major cause of the Civil War. In 1865, after the Civil War was over, slavery was illegal. Enslaved people became free citizens.

The Federalist Papers supported the passage of the U.S. Constitution. Name one of the writers.

What is one responsibility that is only for United States citizens?

United States citizens vote in federal elections and serve on juries. It is the responsibility of United States citizens to vote in federal elections. Voting is important. However, there is no law that says citizens must vote. It is also the responsibility of citizens to serve on a jury when they are asked. If a citizen gets a court letter to serve on a jury, the person must go. A jury is a group of citizens in a courtroom that listen to a trial. The jury decides the outcome of the trial.

Who is the "Father of Our Country"?

Name one American Indian tribe in the United States.

What is the economic system in the United States?

The idea of self-government is in the first three words of the Constitution. What are these words?

The first three words of the Constitution are We the People. The document says that the people of the United States choose to create the government. We the People also explains that people elect representatives to make laws. This is a form of self-government.

Who does a U.S. Senator represent?

A U.S. senator represents all the people in a state. Each state has two senators. Every citizen who is 18 or older and living in a state can vote for both senators from that state. The number of U.S. senators does not change if a state has more people or fewer people living in it. This way, every state has equal representation in the Senate.

What do we show loyalty to when we say the Pledge of Allegiance?

What is the supreme law of the land? 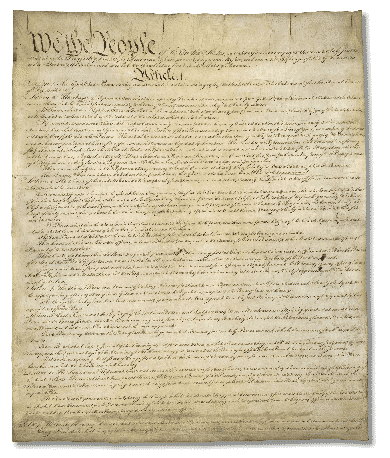 Who was President during the Great Depression and World War II? 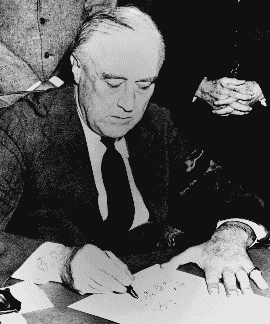 When is the last day you can send in federal income tax forms?

April 15 is the last day you can send in federal income tax forms. The Constitution gives the federal government the power to collect taxes. Taxes pay for things like national defense, educational programs, and Social Security. April 15 is the last day we can send our federal income tax forms. We send them to the Internal Revenue Service, or IRS. The IRS is the federal agency that collects taxes.

What did Martin Luther King, Jr. do? 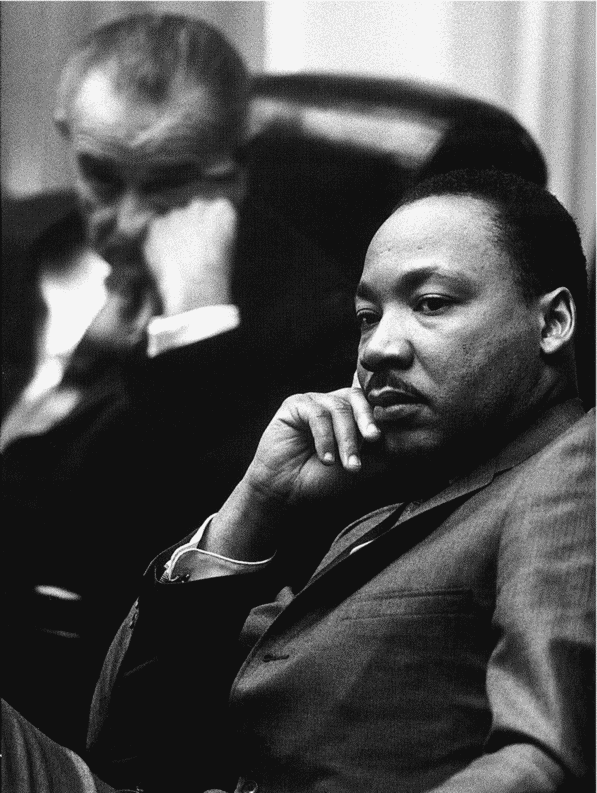 Before he was President, Eisenhower was a general. What war was he in?

President Dwight D. Eisenhower was a general in World War II. He led the United States Army and its allies in western Europe during World War II. When he came home from World War II, he was a famous war hero. He became president in 1953.

What territory did the United States buy from France in 1803?

What do we call the first ten amendments to the Constitution?

There are four amendments to the Constitution about who can vote. Describe one of them.