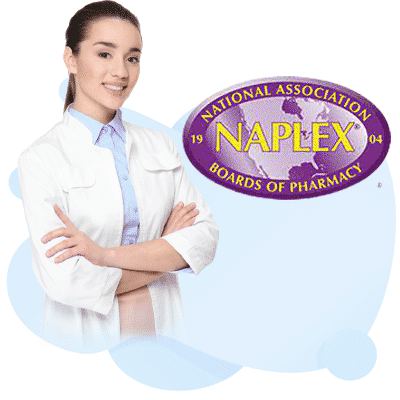 The NAPLEX, or North American Pharmacist Licensure Examination, is a computer-based examination designed to determine whether applicants have the experience, judgment, and ability required to practice pharmacy at the entry-level of competence. It is established by the National Association of Pharmacy Boards (NABP) to aid individual state pharmaceutical boards to determine the competence and expertise of the individual in order to obtain a license.

The test examines three key areas of competence: administration of drug therapy; effective and correct NAPLEX preparation and distribution of medications; and provision of information on drugs and public health promotion.

There are different types of questions, including multiple choices, fill in the blank, multiple response, ordered response, constructed response, and hot spots.

You’re going to have 6 hours to finish the test, so it’s important to track how much time you’ve left while you’re testing. If you do not finish the test, any questions unanswered will be scored incorrectly. So, if you are stumped, try not to waste so much time on a single question and make sure you provide an answer to all questions. However, don’t rush as you won’t be able to go back once you submit your answer. 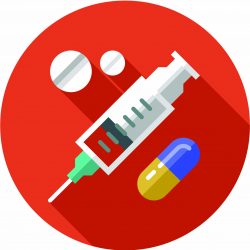 Getting Started with the Naplex Exam

Pre-NAPLEX is the only NAPLEX practice exam designed and produced by NABP. Aspirants who take the Pre-NAPLEX can have a chance to preview the NAPLEX experience before the test day.

For ease and convenience, the Pre-NAPLEX is web-based so that it can be accessed from any device with access to the internet. Applicants may sit on the Pre-NAPLEX at any period of the day. The pre-NAPLEX comprises of 100 questions and costs $65 for each pre-NAPLEX attempt.

What is on the NAPLEX?

NAPLEX is a linear type test consisting of 250 multiple-choice questions. Out of 250, 200 questions will be used to determine the test score. The remaining 50 questions are used as sample questions and, therefore, do not affect the rating.

How long is the NAPLEX?

You will have about 6 hours to finish 250 questions on your computer. There are two available 10-minute breaks scheduled.

How is the NAPLEX scored?

The NAPLEX score is a scaled score, which means that your final score is neither a number-correct score nor a percentage-correct score, but rather an individual score based on factors like the number of items you answered correctly and the difficulty of the questions you were asked. The NAPLEX passing score is 75. The lowest possible score you can obtain is zero, and the maximum is 150.

Scores are generated for each area of the exam. Performance on all questions in each area will be used to determine a theta score for that section. Each score is then converted to a scaled score for reporting purposes. NAPLEX area scaled scores range from 6 to 18, with 6 being the lowest score to be obtained in either area and 18 being the highest score. Content area scores are given to applicants if they failed NAPLEX. The table below shows the total scaled score range and the average scores for each content area.

Only the overall scaled score is weighed when assessing the NAPLEX Pass/Fail status of the candidates. NABP will send your NAPLEX results to the pharmaceutical board at which you are seeking the license. The NABP will not provide the candidates with scores, and the results are not released at the testing center.

What is the pass NAPLEX rate?

Based on the National Aggregate First-Time Pass Rates for 2018, the average NAPLEX pass rate is 89.1%, with a standard deviation of 7.8%.

How to register for the NAPLEX exam?

Registration for the NAPLEX and scheduling your test date is a multi-step process. Firstly, contact the pharmaceutical board in the state where you want to be certified. The state board shall issue paperwork and guidance. Your eligibility for the exam will be decided by the state board and reported to the NABP. You will then be given an Authorization to Test, which has the following information:
● test authorization number
● expiration date
● testing window during which you can take the NAPLEX

Next, schedule your test through Sylvan Prometric. You need to have your Authorization for Test Information to schedule the test date.

● Online Scheduling – You can schedule an examination at a testing center through the Pearson VUE website at www.pearsonvue.com/nabp. Follow the steps on the website to set up a Pearson VUE Web account to choose your desired test place, time, and date.

● Scheduling By Phone – You can also arrange a test appointment by calling Pearson VUE Customer Service at 888/709-2679 from 7 a.m. to 7 p.m. (CT). If you choose to schedule your appointment by phone, you will be required to verify your identity by indicating your last name, first name, middle name or middle initial, and suffixes, together with demographic data, and to confirm which NABP test you have been permitted to take. The Pearson VUE Customer Service Agent will look for the place nearest to the location you gave to your pharmacy board on your application, or if you have a preferred location, the agent will search for the availability of your appointment.

Note: Once your examination has been scheduled, you will get a confirmation email from Pearson Vue that includes specifics of your test appointment, directions to your designated testing site, and guidance and policies for the rescheduling and canceling of your review appointment.

How much is the NAPLEX?

The table below indicates the NAPLEX cost and other fees: 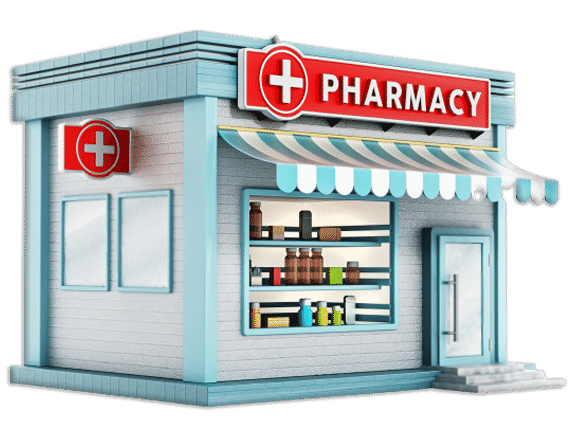 Applicants can have five tries to pass the NAPLEX unless a board of pharmacy decides otherwise. Candidates will have to wait 45 days after the failed attempt before they can schedule for another test appointment. Some jurisdictions have set a waiting period that exceeds the 45-day waiting period of NAPLEX. Candidates shall, in such cases, be required to comply with the waiting period specified by the jurisdiction.

In order to retake the NAPLEX, candidates must start the enrollment process again, along with the payment of the application fee and the examination fee. Eligibility should be reconfirmed by the pharmaceutical board, and applicants must comply with the 45-day waiting time after which they will obtain the Authorization to Test (ATT).

The waiting period policy includes a provision that there shall be no more than three attempts to pass the NAPLEX in a 12-month period. If a candidate fails the NAPLEX three times in a 12-month period, the candidate must wait and reapply 12 months from the first attempt. The applicant will be required to file a new application for eligibility and will be subject to the approval of the board of pharmacy (or an appointed authority) for eligibility.

How to become a Pharmacist in USA?

What are some tips for passing the NAPLEX exam?

You must pass the North American Pharmacist Licensure Examination (NAPLEX) to become a licensed pharmacist. Here are some of the best strategies for passing the exam.

1. Familiarize yourself with the NAPLEX topics.
2. Practice using Pre-NAPLEX.
3. Take a review of NAPLEX course like any NAPLEX online course.
4. Study using your mobile devices or other NAPLEX study material.
5. Know the format of the exam.
6. Be familiar with the procedures of NAPLEX.

Are you allowed to take the NAPLEX before you graduate?

You can apply for NAPLEX before graduation, but your state board of pharmacy will not approve your eligibility to check until you meet all degree requirements.

How long will the results of the NAPLEX take?

Score reports are likely to be available about seven business days after you’ve taken NAPLEX.

Is it possible to take NAPLEX in any state?

The NAPLEX can be taken in any state. Once you apply for the NAPLEX, you will be asked to pick the state that is the primary state where you’ll be obtaining the license. You can also give your score to other states for an extra charge.

The NAPLEX is no longer flexible, which means that all questions must be answered in sequence. Testers will not be able to return to the question after they have given the answer.

Would you need a license to become a pharmacist?

In order to work as a pharmacist, you will need advanced education and licensure. Pharmacists are mandated to have a doctoral degree and to pass multiple examinations before being licensed. However, you don’t have to be a pharmacist to work with patients and medicines.

How many times are you allowed to take Pre-NAPLEX?

The pre-NAPLEX comprises of 100 questions and will take 140 minutes to complete. You must finish the exam in its entirety as soon as you start because you will not be able to review the questions or adjust the answer once you have given your choice of answer. You can take the Pre-NAPLEX up to two times.

The web-based Pre NAPLEX exam was a 50-item, 70-minute exam when the Class of 2015 took it. It has been changed since March 2014 to contain 100 items and a testing period of 140 minutes. Pre-NAPLEX scores range from 0 to 150, and higher numbers indicate superior performance, similar to the NAPLEX.

How to study for Naplex in 2 weeks?

For several pharmacy students, NAPLEX is the final trial between them and their professions as pharmacists. Though it may seem daunting to look at all the material you’ve learned in pharmacy school to 1 test over the last few years, it’s important to keep an eye on key learning points. Having an effective early study plan to improve your strong subjects and brush up on your weak ones will make a significant difference in overcoming this last challenge.

1. Measure your weaknesses and strengths. Find out your weak subjects. The easiest way to detect your                        weaknesses is through practice tests.
2. Practice simulations to improve your confidence.
3. Schedule additional time prior to the test date to check the weak points.
4. Perform the practice test under the actual conditions of the exam.
5. Purchase and complete the NABP Pre-NAPLEX test.
6. While studying the practice exams, make sure you know why your wrong answer choices were incorrect.

Be sure you fully understand why you overlooked a question. Did you just forget something? Choose your answer too soon? Did you misinterpret the question? Miss the valuable hint in the question? Finally, did you want to repeat the same mistakes again and again? If that is the case, it is necessary to spend more time in those parts. Pass Naplex now!