What is the LSAT? 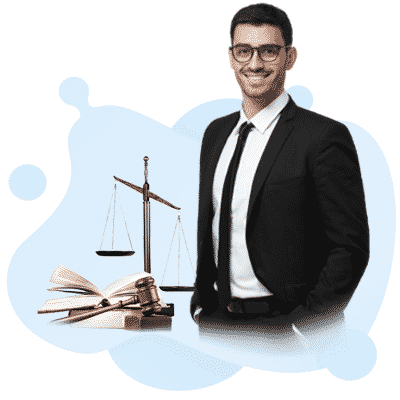 If you want to go to law school, or looking for an LSAT practice test-taking the Law School Admission Test or the LSAT is the primary obstacle that you need to overcome. The LSAT is designed to measure test-takers abilities and individually evaluate their critical skills to determine if they are well-fitted to go to law school.

The LSAT also holds the notoriety of being one of the most difficult entrance exams to pass. Moreover, this is not intended to intimidate you but rather to encourage you to take the LSAT prep seriously. The LSAT may be a formidable test, but it is not impossible to master.

Unfortunately, there are no stratagems that will allow you to beat the LSAT questions overnight.  Thus, if you want to get a good score on the LSAT, you need to learn the ins and outs of the test. Taking the exam without any decent preparation will only lead to failure and disappointment.

Before we proceed to the LSAT practice questions, we’ll first introduce you to some principal information about the Law School Admission Test. One of these is the scoring system.

The LSAT scoring system is composed of three types of scores: raw, scaled, and percentile.  See the information below for their description.

How is the LSAT scored?

According to the Law School Admission Council or LSAC, a test taker’s LSAT score is “based on the number of questions answered correctly,” which will then be recognized as the raw score. The LSAT scoring is straightforward and can easily be understood.

The questions on the different test sections are weighted equivalently. To simply describe it, the total number of questions you answered correctly is what matters for your LSAT score since all incorrect answers will not be calculated and affect your total score.

What is a Good LSAT Score?

The LSAT score range is scaled from 120-180. Thus, the average LSAT score falls around 152 which will put you in a not-so-bad percentile ranking. But if you’re planning to study in a prestigious law school, it is highly advisable to get over 160.

Your LSAT score will be delivered through email approximately three weeks after you took the test. To make sure that you’ll receive your score once it’s available, keep your email address up to date in your LSAC.org account.

During the registration process, you have the option to share your score with the LSAT law schools that you had applied for. You can also have them delivered to the pre-law advisor at your undergraduate school for a general assessment. However, your score will not be shared with any other person including your parents, spouse, friends, etc.

What is the highest score on the LSAT ever?

The highest score that has ever been achieved on the LSAT is a perfect score of 180. Therefore, it is not impossible to ace the LSAT with proper training and preparation.

There are 100-101 questions in each LSAT section. The four LSAT sections are 140 minutes long, including breaks. The Writing Sample section adds another 30 minutes to the sum. Thus, the whole LSAT exam day experience is approximately 4 to 5 hours long in total.

As a test-taker, there is a lot of information that you need to know about the LSAT. These details are critical when it comes to your LSAT prep and are also vital in terms of making sure that you are well-informed about the important reminders before taking the test.

See below the list of LSAT’s most frequently asked questions on the internet:

What does the LSAT test consist of?

The LSAT consists of four sections:

Is the LSAT test hard?

How can I pass the LSAT exam?

How is the LSAT taken?

How to study for the LSAT?

How long to study for the LSAT?

Are there any law schools that do not require the LSAT?

Some of the law schools that don’t require LSAT are the following:

Is the LSAT required to apply to law school?

How good is the LSAT score for top U.S. law schools?

Do foreign universities take the LSAT?

Is LSAT in Canada qualified in the U.S.?

Do I need to take the LSAT if I already have a law degree?

How many times can I retake the LSAT?

Who administers the LSAT?

What are the best LSAT prep books?

As mentioned earlier, there are numerous LSAT study guides, LSAT practice questions, and LSAT prep courses that you can use to prepare for the exam.

While some people rely on a free LSAT practice test and other LSAT prep materials found on the internet, others choose to invest time and money to achieve the best possible results by enrolling themselves in test-prep centers.

Check Out: Learn About LSAT Scores, How They’re Calculated, And More!

Enroll In Free LSAT Classes And Get The Highest Score Possible In Your Exam!

Moreover, either of the two methods will work as long as the materials and resources you are using are credible and with quality. To help you find the best LSAT practice quiz materials, study guides, and LSAT test prep questions, we’ve compiled some of them below:

What study materials do you recommend for the LSAT?

There are certain practices and tips that you can follow in order to succeed in the LSAT. While a lot of LSAT sample questions are made available online through PDF books and other websites, you still need to explore other things to boost your LSAT prep.

We’ve mentioned that exposure to the test is the best way to become attuned to the LSAT. So to help you become familiar with the possible LSAT questions that you might encounter during the exam, we’ve outlined some of the best ones below together with some helpful tips that are useful when it comes to studying for the LSAT.

This LSAT logical games example question is pulled out from McGrawHill’s Conquering LSAT Logic Games. Try and answer it.

At a conference about corporate governance in data

technology companies, a series of speakers are selected

from the group of Anna, Ben, Chris, Dana, Evan,

Frank and Garry in order to start engaging discussions that would interest the crowd. The speakers who are selected are determined by the following constraints:

If Evan speaks, then Dana does not speak.

If Frank does not speak, then Dana speaks.

If Frank speaks, then Anna speaks.

If Dana speaks, then Ben speaks.

If you are planning to take the LSAT, it is essential to take note of the dates, registration, and also with the possible cost of taking the exam. This is to ensure that your LSAT prep will not go in vain.

With regards to the examination dates, the best way to stay updated is through LSAC.org since they provide a complete list of the official LSAT dates in a yearly timetable.

Below is a screenshot of the LSAT test dates 2019 from the Law School Admission Council covering United States, Canada, and Caribbean testing locations only.

When it comes to the LSAT registration process, you can either register online or by phone.

The LSAC advises potential test-takers to register during the following hours to avoid any delays:

According to the LSAC, its busiest day is Monday. Thus, it is highly recommended to make a call later in the week to avoid any inconvenience.

The basic fees and packages for the LSAT 2019-2020 starts at $200 according to the information provided by the Law School Admission Council.

For the complete breakdown of the basic fees and packages, please refer to the photo below:

Other fees such as Auxiliary LSAT Fees and Refunds are also being provided by the LSAC on their website.

In conclusion, getting a high LSAT score is not an impossible thing to do. With the use of LSAT sample test questionnaires from LSAT prep books, the chance of getting a good LSAT score percentile is extremely high. Start your taking LSAT prep courses today and may the odds be ever in your favor once you take the test!